A surprising number of labs today still use pen and paper to manage lab samples, analysis, and reporting. But for forward-looking labs, a laboratory information management system (LIMS) offers a way to work more effectively through standardized workflows, tests, and procedures.

That was the conclusion reached by the shareholders of an environmental contract lab. Recognizing that if they continued to rely solely on pen and paper, they wouldn’t be able to keep up with their competitors and forecasted workload, they decided to invest in a LIMS. Their goal was to reduce transcription times, simplify troubleshooting, and automate much of the lab’s data processing and record management.

One of the lab’s quality assurance (QA) chemists, who shared this story with me, said that the lab “had rooms dedicated to binders full of paper with QA/QC results.” It’s no wonder she was excited to help select a LIMS that would meet the lab’s needs. Although, I suspect she didn’t anticipate spending the next two years exploring various options.

Moving away from a paper-based system

The lab shortlisted several LIMS based on the environmental sector’s unique challenges. For example, the team needed to:

The team also considered whether a generic or industry-specific LIMS would be best. One thing to know about industry-specific LIMS is that their screens use specialized terms familiar to lab staff. They support samples being processed in line with industry standards and have a foundation that can help model what is done in the lab. In other words, an environmental LIMS is not the same as a manufacturing LIMS, and both are different from a generic LIMS.

In this case, the lab’s stakeholders selected a LIMS developed for the environmental sector.

Having selected a LIMS, the lab probably thought this challenge was behind it. But several years later, when the vendor that had developed the LIMS was acquired by another company, the LIMS was shelved. That meant support for the product was outsourced and there would be no further upgrades to the core system.

The lab had a choice. Either replace the LIMS with a different product, and lose all the work it had done on it in the intervening years, or buy the source code outright and continue to customize the product and make any upgrades or changes needed in-house. The lab chose this second option, purchasing the LIMS source code from the new company for a lump sum.

Customizing the LIMS to meet the lab’s needs

Over the next decade, the lab continued to work with and develop the LIMS. The team started with simple features like tracking samples and customers, then moved on to incorporate data and evaluations, until the product was tied into almost every facet of the business. Managed and developed by onsite teams, it was the source of truth for all the lab’s operations, customized specifically for their purposes.

What started as a commercial off-the-shelf (COTS) product essentially turned into a completely custom LIMS. As a result, the lab reached a tipping point. Even if the team found a new LIMS with more modern architecture and numerous other benefits, they had invested so much in the custom work that they could not justify the costs of transitioning to a new LIMS. Costs of transitioning can include:

Not surprisingly, the lab continues to use this heavily customized LIMS today.

A common path and lessons to be learned

This story is not unique to environmental contract labs. It’s one that we hear again and again from our molecular diagnostics lab clients, and it’s why labs are often paralyzed when they try to decide which path is best for them.

At Semaphore, we think the right question to ask is not “Should we get a LIMS?” but “Which is the right LIMS for us?”, or more importantly “What are we trying to accomplish that we want the software to support?”.

The staff in your lab have lives, worries, and issues on their minds, so if your lab’s processes require them to do repetitive calculations, they are bound to make mistakes. If you want to have a great reputation for quality data, you need to minimize the potential for errors. A LIMS can help your lab be more efficient, productive, and effective.

If your lab does not have a LIMS yet, here are six things to keep in mind:

If your lab is trying to decide whether or not to implement a LIMS, you might be interested in our other posts on how to select a LIMS. Have a question? Feel free to reach out to us. 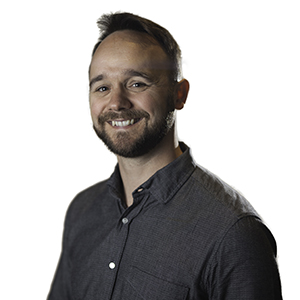